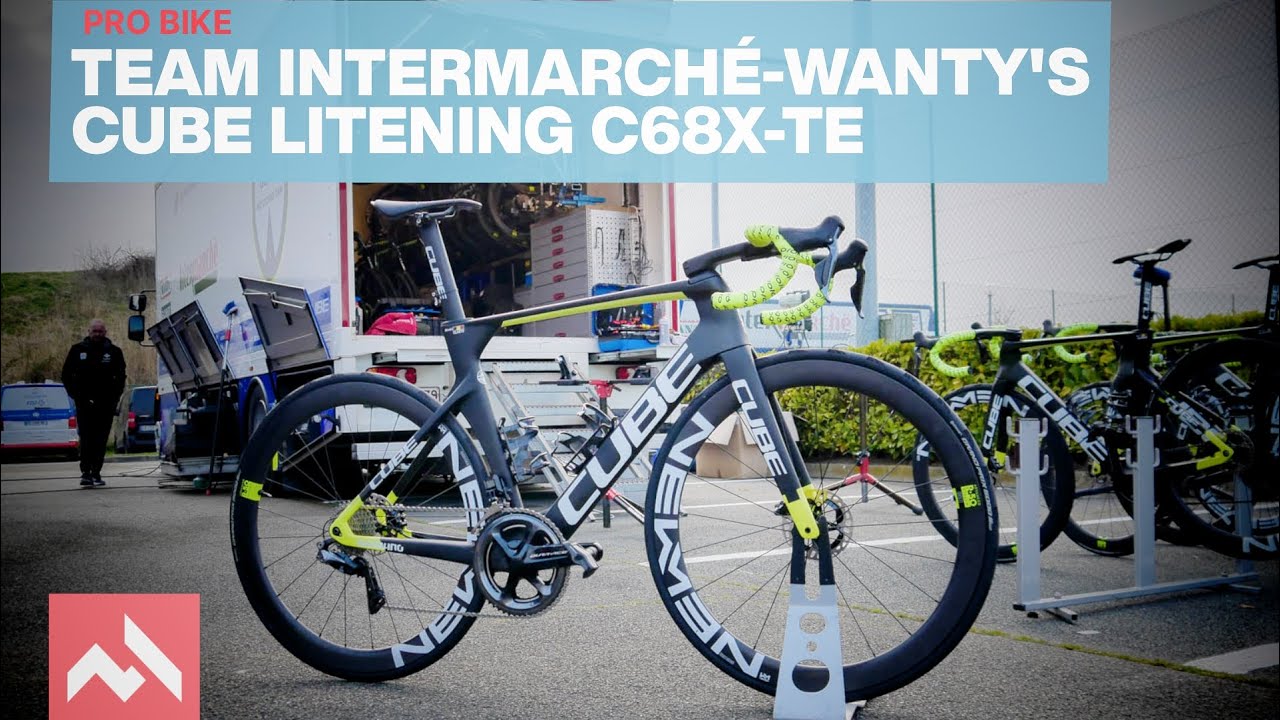 While not the most renowned bike brand in the world, Cube certainly knows how to put together a race-winning machine.

I’m going to be the one to stand up here and admit what we all know: up until this season (and then mainly due to the exploits of Biniam Girmay), Intermarché-Wanty-Gobert Matériaux wasn’t a team that any of us got excited about. What they rode and where they raced didn’t factor into any of the club run chatter. To put it bluntly, they were a bit of a “meh” kinda team.

Then along came season 2022 and with it a sterling start for the Belgian team. Amongst others, there’s been a win at Gent-Wevelgem for the young up-and-comer Girmay, a breakaway win for old-timer Alexander Kristoff at Scheldeprijs, and some impressive performances so far at the Giro d’Italia. It’s a team that has transitioned from a once-solid, but Belgian-focused Pro Continental team to a main player in the WorldTour scene.

With that in mind, we thought we’d take a look at what the squad is using for 2022 and riding to victory. Sure the team kit isn’t the prettiest in the peloton, but the bikes sure do stand out.

Cube is the team’s bike sponsor, a brand we haven’t seen at the head of the World Tour peloton for, well, ever! But the German powerhouse certainly knows how to put together a well-rounded race bike.

The team races aboard Cube’s Listening C68x-TE model, an aero but lightweight frameset. The wheels aren’t from the biggest brand out there – yep, Newman is new to me too –but they seem to tick all the boxes: tubeless, carbon, deep section, and clearly, they roll to victory well enough.

The team, like many of us, is also victim of a lack of groupsets in recent times, or at least the latest models. Old, scratched Dura-Ace Di2 9520 takes care of the shifting. But there are also a few interesting tidbits scattered on the bike. I won’t go into detail here – as always, you’ll need to hit that play button above.

So go on, see what I’m on about, and check out what Girmay will undoubtedly take to victory while they race around Italy in the next few weeks.