Bora-Hansgrohe went on the offensive very early in the race, but it was Simon Yates who raised his arms in celebration on stage 14. The shortest road stage of the 2022 Giro was also the hottest of the race so far, both literally and figuratively. After a lumpy and aggressive first hour, a breakaway finally formed a little after the first KOM points of the day – taken by blue jersey-wearer Diego Rosa (Eolo-Kometa) – with about a dozen riders striking out into the challenging Turin circuit.

There was barely time to breathe before Bora-Hansgrohe amassed at the front of the peloton, despite their man Ben Zwiehoff being out front. Their punishing effort brought the gap from three minutes down to just 30 seconds by the first passage of the finish line, by so doing putting a number of big names into serious trouble.

The Bora-Hansgrohe-led favourites group joined the remnants of the breakaway just inside 70 km to go and kept pushing, Guillaume Martin (Cofidis), Thymen Arensmen (DSM) and Alejandro Valverde (Movistar) somewhere off the back and shedding minutes to their rivals. João Almeida (UAE Team Emirates) also found himself in a spot of bother, but the young rider was able to steadily pace himself back into the race.

By the last lap, only a dozen riders were left in the front group, Bora-Hansgrohe still best represented with Wilco Kelderman working hard for his teammates Jai Hindley and Emanuel Buchmann. Juan Pedro López (Trek-Segafredo) had done a fantastic job to hold firm among the big favourites, and other notable additions were Vincenzo Nibali (Astana-Qazaqstan) and a recovered Simon Yates, who had been active in following moves from the start of the stage.

The action started again when Kelderman clocked out on the Superga climb with 32 km to go, and it was Carapaz who took it on with a testing acceleration, drawing out Nibali, Hindley and a determined López, with Landa slowly climbing up to the wheel.

The dropped riders rejoined the group halfway up the second-category climb and there was a bit of a lull until about a kilometre from the top, where Carapaz launched a stinging attack. With Pello Bilbao (Bahrain-Victorious) setting the pace, there was no reaction behind him, as López finally dropped off the back.

Carapaz had more than 28 km left to race and in no time he’d put 25 seconds into the favourites, and a whole minute into the pink jersey.

The Olympic champion’s margin yo-yoed on the descent off the Superga, and on the violently steep lower ramps of Colle della Maddalena (3.6 km at 7.3%), he had 24 seconds. When the favourites hit the same point, Nibali went on the attack and Hindley was the only one to follow.

With the gap nearing 10 seconds, and Yates gaining on them, Hindley attacked the ‘Shark of Messina’ and soon bridged up to Carapaz. But Nibali persisted and joined the leaders, Yates also latching on for the final kilometre of the climb and the run-in to the finish.

With Nibali tailing the two GC rivals, Yates attacked on the final unclassified kicker inside 5 km from the finish and quickly found an advantage of almost 20 seconds. Nibali’s contribution did most to trim the gap, but the Brit stayed away for a redemptive stage victory.

Hindley grabbed precious seconds over Carapaz in the fight for stage standings, but the Ecuadorian’s third place finish was enough to end López’s ten-day run in pink. Hindley now sits second overall, seven seconds behind Carapaz, with Almeida and Landa also within a minute of the leader in third and fourth respectively. Further down the standings, Nibali has leapt up to eighth overall, and Valverde completes the top 10 with a deficit of 9:06. 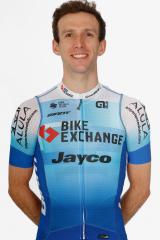