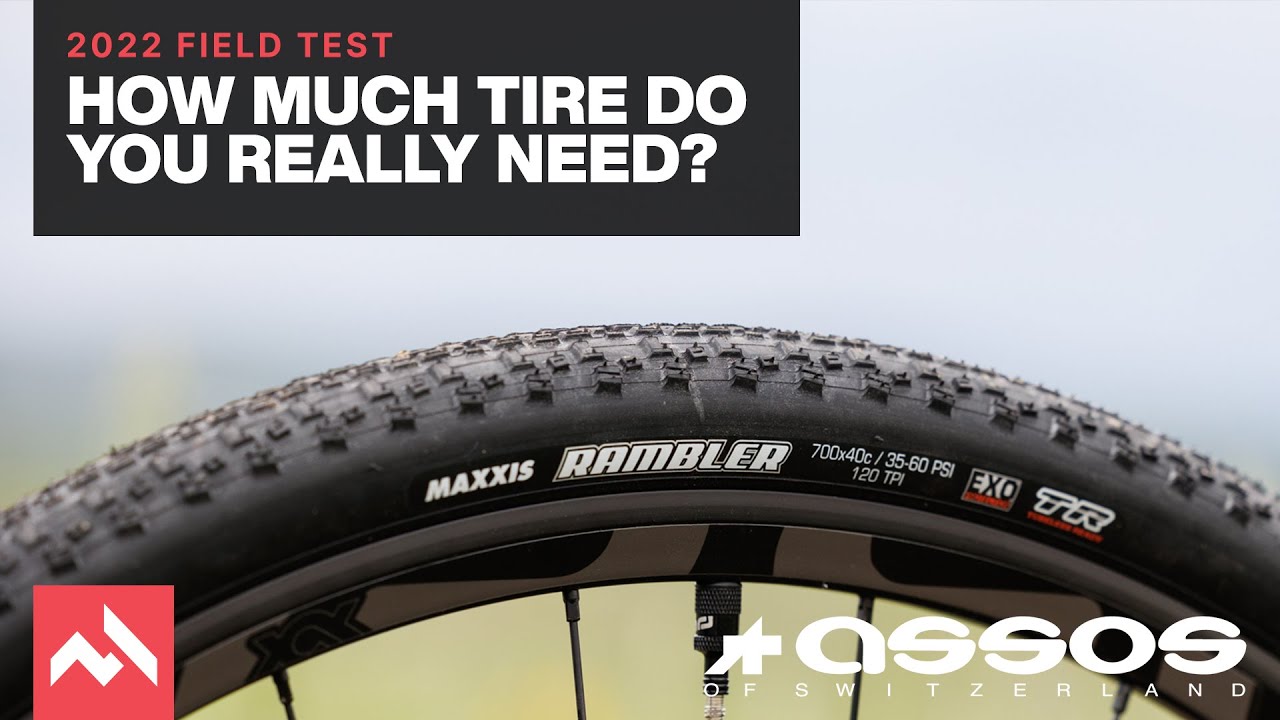 The emphasis in the industry is on 40 mm+, but that depends on your definition of "gravel".

The fleet of bikes in this year’s Field Test was roughly split between gravel and road bikes, but with a focus on versatility and affordability this time around, we were quite intentional in how we chose the bikes in the latter category. We didn’t bring in any dedicated road racing bikes; instead, we concentrated on all-rounders with more generous frame clearances.

With a simple swap of tires, our thinking here was that these bikes could — even if just theoretically — potentially perform well on a wide range of surfaces. All of these bikes needed to do well on asphalt, of course, but could they also work well off-road, too? That’s certainly how a lot of brands are pitching bikes like this, but that sort of claimed double-duty capability needs to be sussed out in the real world, too.

We set a minimum frame clearance of 700×35 mm for all four of the road bikes in this year’s Field Test. The Cannondale Synapse Carbon 2 RLE and Scott Speedster 30 just barely clear that bar. The Litespeed Cherohala 105 improves on that a bit with official room for 700×38 mm rubber. But the Triban RC120 easily clears that hurdle with space for 700×40 mm tires.

To see how well those bikes do off-road, we traded all of the stock tires with 700×35 mm-wide Schwalbe G-One RS gravel “race” tires, set up tubeless. We then rode those bikes on some of the same unpaved paths and trails we used to test the more dedicated gravel models, as well as on tarmac to see how much — if any — that tire swap degraded on-road performance.

And the results? Let’s just say this is yet another example of how instead of just blindly following industry hype, it’s important to take a close look at what you really need.

It was just four years ago that Trek introduced its first-generation Checkpoint gravel bike, presumably after exhaustive internal discussions about what gravel bikes were supposed to be in those relatively early days, and what they would eventually be. As to the latter, the frame and fork were officially approved for tires up to 700×45 mm-wide. But as far as how those bikes were delivered, they all came with 700×35 mm-wide Schwalbe G-Ones.

And Specialized? It was just a couple of years ago that its top-end Diverge models were shipping with 700×38 mm-wide Specialized Pathfinder Pro tires (though they had clearance for 47s).

Trek and Specialized (and plenty of others) may well have been hedging their bets on what the buying public was prepared to accept off-the-shelf, but it was also an indication of what sort of terrain a lot of people were riding. Although much of the emphasis on newer gravel bikes these days is on ultimate capability with MTB-like frame geometry and tire sizes — and suspension?! — that doesn’t necessarily reflect what your local “gravel” is like. In reality, plenty of people are only ever planning to tackle typical dirt and gravel roads — say, Grade 2 or 3 — not gnarly singletrack or bombed-out desert routes (Grades 4 or 5) that are better suited to proper mountain bikes.

It’s not night and day, but it still helps

Let’s come back to our test bikes.

The changes in performance with the 35 mm-wide tires were quite interesting, to say the least.

To be clear, installing those didn’t magically transform any of these bikes into gnarly gravel shred machines — that wasn’t the goal. But in testing those modified “road” bikes off-road with the alternate rubber, it reminded us just how much tire you actually need — and how much you don’t.

Depending on the rim on which they were installed, those “35 mm” G-One RS tires ended up with actual widths of around 35-37 mm — just shy of the 40-45 mm now currently preferred on most modern gravel bikes. But despite the modest air volume compared to current preferences, all four of the bikes proved to be a blast on average gravel and dirt (as long as there weren’t too many rocks or roots). Granted, none of us are very heavy, so some of these comments may not apply if you’re more gravitationally gifted.

In all honesty, the Cannondale and Litespeed didn’t change a ton. Both of those bikes were already smooth-riding, and already arrived with relatively voluminous road tires (30 mm printed width on the Cannondale; 32 mm for the Litespeed). But those stock slicks still didn’t inspire much confidence when surfaces got dusty and slippery, and installing the 35s did wonders. Whereas before we were tip-toeing through corners, even the G-One RS’s modest shoulder knobs were enough to have us rallying turns, and attacking moderately bumpy trails.

The changes were more apparent on the Triban and Scott. The stock tires on the Triban were especially narrow, and the thick casings didn’t exactly help ride quality. And on the Scott, the oversized aluminum frame is borderline brutal. But with those higher-volume tires fitted, both not only became pretty reasonably comfortable, but were almost as capable as the Cannondale and Litespeed off-road, and could easily be ridden for hours without feeling beat-up.

On all of those bikes, the tires’ supple casings, low weight, and fast-rolling tread design also kept things fast on tarmac, too. The shoulder blocks made hard cornering a bit more vague than the stock slicks — yes, even on the Triban — and the micro-fine center tread on the particular tires we used will wear quickly, but aside from that, none of us felt there were any big hits to on-road performance after the tire swap.

Keep in mind that although we used a specific tire model for our experiment, similar effects could be had with something else. There’s a wide range of 700×35 mm-wide multi-surface tires out on the market that would work on lots of modern road bikes these days. It’s good to be reminded that a lot of those bikes really can handle some gravel, too — and at minimal cost.

This article isn’t meant to sing the praises of so-called “underbiking”. Sure, while it can be fun to not have enough tire (or bike) for the conditions at hand, what most people ultimately really want is the right bike and setup at any given moment.

Yes, 40 mm+ tires are the new norm for gravel bikes. But if your local unpaved conditions are fairly tame — and most of them will be — then a sportier-feeling “road plus” bike with tires around 35 mm-wide or so will probably be just fine.