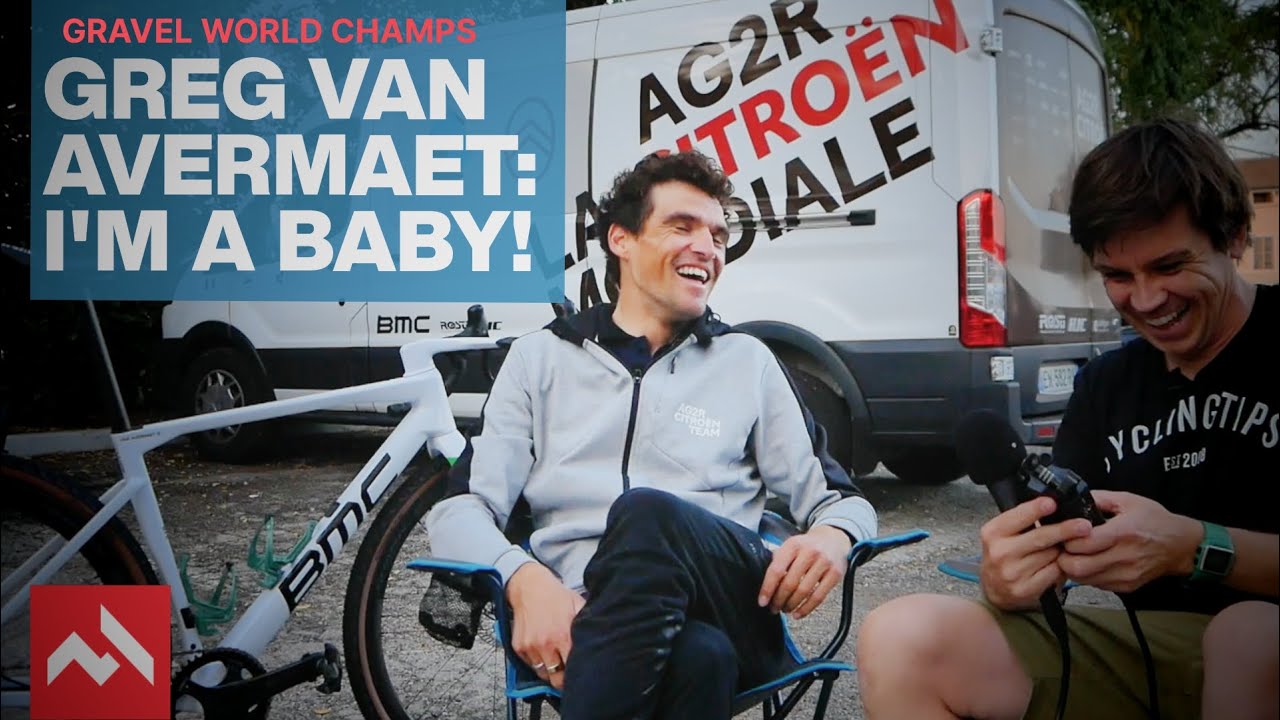 The veteran Belgian opens up on the new discipline on the block.

It’s been a whirlwind few days in the Veneto region. The inaugural UCI Gravel World Championships has been and gone, leaving in its wake a trail of dust and a lot to digest for what is a new discipline under the sports governing body.

In the build-up to the race, we sat down – not in the comfiest chairs – with AG2R Citroën rider Greg Van Avermaet, a man who, as we’d find out, was about to line up for his very first gravel race. After missing selection for a second year running at the Road World Championships just a few weeks earlier, he was happy to be pinning a number on at a race where he had a chance to win some rainbow bands.

A clearly-relaxed Van Avermaet was more than happy to chat with us, about much more than just his new BMC Kaius – a bike that only got its first outing a few weeks back. Greg let us in on what he’d be using, how often he’d previously been out on the new bike to get accustomed to the “gravel” feel (you’ll be surprised at this one), and we also delved a little into how he felt about the UCI taking on gravel.