As the Rio Games are upon us, it’s a good time to look back at the history of cycling in the Olympics. Some of the history is a bit odd — from a 315km individual time trial that began in the dark at 2:00 a.m. to Canadian mountain biker Geoff Kabush challenging Chinese basketball star Yao Ming to a drinking competition, cycling and the Olympics have had a few crazy moments. 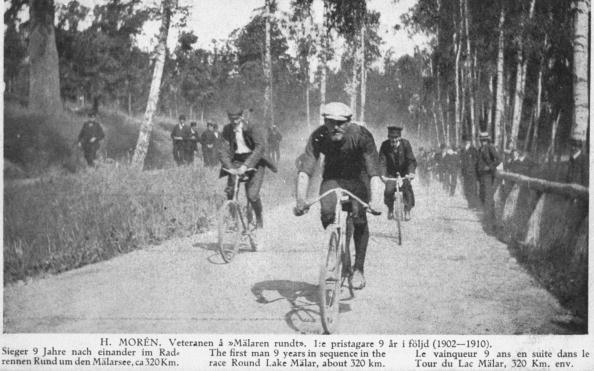 Here is an excerpt:

After Stockholm, planners decided to scrap the city’s velodrome to build an Olympic stadium, the world’s best racers began to fear cycling would be nixed from the 1912 Games altogether. And it very nearly was—without a velodrome, track cycling was obviously out, but Swedish Olympic Authorities wanted to cancel the road event as well, arguing that the roads weren’t in appropriate condition. Needless to say, this didn’t go over so well internationally and several countries began to protest.

Eventually the Swedish organizers gave in and decided to hold a 315km time trial race on a sketchy route they used for the Malaren Rundt annual road race around Lake Malaren. But the problem—other than the race being 195 miles long—was the start time: The staggered-start time-trial event began at 2 am. And it was more than 10 hours long. On roads already deemed dangerous. In the dark.

Luckily there were only two major crashes but both were pretty serious: a Swedish cyclist who was hit by a car and dragged some distance, and a Russian cyclist who fell into a ditch and was later discovered there, unconscious, by a farmer.

BACK TO TOP
15 NEW ARTICLES
NEWS