It may be difficult for some to believe, but cycling was once one of the biggest sports in America, with 6-day riders earning as much as Babe Ruth. In the early 20th Century huge velodromes were constructed in major stadiumssuch as Madison Square Garden in New York (where the Madison event is derived). But the Great Depression put an end to bike racing’s huge popularity in the States.

The Chicago Tribune takes a look at the hey day of 6-day racing in America. Here is an excerpt: 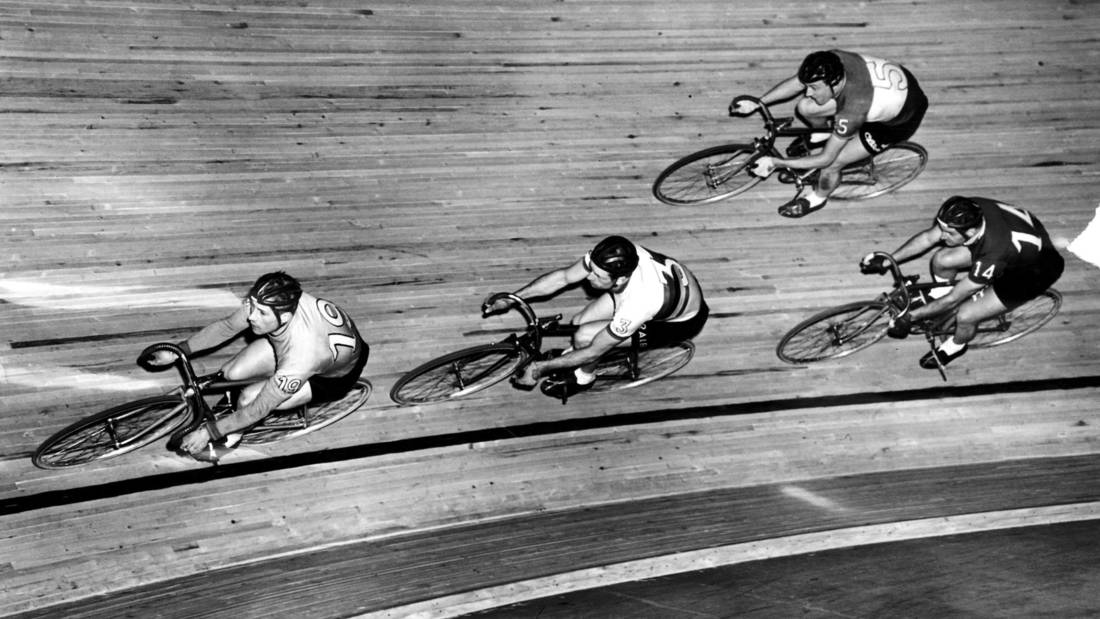 “
Six-day bike racing was an English import, born of a 19th century mania for endurance contests. With six-day walking contests drawing tens of thousands of spectators, a British promoter (whose name is lost to history) came up with a variation — putting the contestants on bicycles. That attracted the attention of American sports promoters, and Chicago hosted an international match in 1879. An American team was pitted against a team of English and French cyclists. Each side wagered $2,000 on a contest to see which team could pedal the farthest. The Americans were given a 100-mile head start. “With this advantage, they hope to overcome the hitherto unbeaten team from the other side of the ocean.” The Tribune explained.

As the sport caught on, American cyclists could hold their own against foreign competitors. Cities had local favorites — sometimes with rivalries that reached down to the neighborhood level. Carl Stockholm, a West Side favorite, won a 1923 race, riding 2,600 miles with a broken collarbone. Capitalizing on his fame, he became the proprietor of a chain of dry-cleaning stores bearing his name throughout Chicago.

Walthour — he of the $100,000 contract — once noted to the Tribune that the sport had three distinct audiences: true enthusiasts, theatergoers looking for something to do after the final curtain and the nightclub habitues who showed up at 2:30 a.m. “Al Capone and other gangsters often appeared and held court in the stands, betting on individual sprints.”

Where there is money, there often is betting — and with that comes the potential for corruption. Rumors of financial irregularities trailed six-day racing from its earliest days, its mere structure inviting suspicion. A promoter not only put together a racing card, he also selected the officials who determined the winners and losers. Judging the sport wasn’t easy, as someone had to keep count of how many laps each competitor completed — no mean trick when peering at them through a bunch of whirling bicycle wheels.

Click through to read more at the Chicago Tribune.

BACK TO TOP
15 NEW ARTICLES
NEWS